Participants and recipients of culture do not form a homogenous group. In fact we are all part of this huge assemblage called society and are thus constantly confronted with its cultural outputs. That is of course a truism. 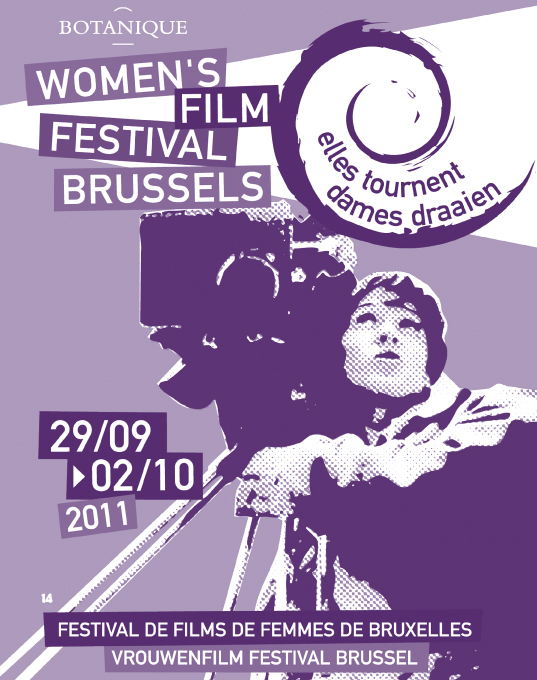 Unfortunately the variety of these outputs doesn’t even come close to the diversity of life. It seems that many of us have learned to enjoy the cosy comfort that the pure reproduction of the reproduced has to offer. No surprises. No challenges. Perfect predictability. We happily consume, conform to and affirm the over and over recycled same old motifs and myths.

The overwhelming majority of stories told and listened convey the experiences and interpretations of men from western cultures. Only a fragment of reality, no matter it is undisputed internal variety. Everyone knows so much about this particular set of views of the world, about men’s problems, conflicts and solutions, accomplishments, thoughts and ideas – to the effect that they seem more real and relevant than any other and even more interesting to a large part of society.

Looking at a very relevant other part of society the effect is a totally different one : we are bored. Bored and annoyed. The male dominated cultural reshaping of reality suggests that women and members of less dominant (sub-)cultures are objects only. If they appear at all and are not bluntly ignored. This contradicts and mutilates the reality we all (including western males) live in. It follows that we must broaden the perspective.

Elles tournent – Dames draaien does exactly that. It broadens the perspective by presenting the viewpoint of women – the “other” half of the human race – thus completing through complementing. This approach avoids objectifying women. The organisers do not presume to identify “women’s issues”, a (potentially separative) term that always implies the limitations and falsification of perception and construction. Focusing on the authorship of woman as the basic principle of selection does not restrict and predefine but provides the platform of an open horizon.

It was very enlightening to learn about the simple but essential philosophy of Elles tournent – Dames draaien. And even more enlightening to see the practical outcome of this philosophy : A great many different and widely differing films by women from all over the world. The programme doesn’t concentrate on one category or type of film or on specific regions. I saw full-length feature films, quick snippets, short and long documentaries and art films, humorous contributions, drama and shattering facts. There is room for the experiments of newcomers and amateurs as well as for the latest works of successful film makers and for mainstream storytelling.

This conglomeration has a rich flavour to it. There is no sense of Beliebigkeit (playful arbitrariness), it is obvious that the selection is made carefully. I had the chance to experience thorough discussions in the team and decisions were by no means unanimous. As the organisational structure of the film festival is not hierarchical there is room for more than one taste. And interestingly enough films that were controversial before the screening triggered the most heated discussions amongst the audience afterwards. An audience that got involved.

Elles tournent – Dames draaien is a valuable festival both for the audience and for (potential) creative artists themselves. It stimulates and satisfies the curiosity of recipients of culture who are interested in learning more about the world, about new approaches to storytelling and aesthetics : It broadens the horizon by 180°. It also stimulates creative processes. On the one hand professional film-makers are invited to Brussels where they have the chance to meet and exchange experiences, form networks and alliances. This is exceedingly important as funds are still very unequally distributed1. On the other hand those who are on their way to professionalism or wishing to actively participate in producing culture experience an enormous encouragement. Having the chance to show their work grants direct support to artists and seeing other women’s work conveys a sense of attention and appreciation that is lacking elsewhere.

The message to women is : there are people out there who are interested in your life, your perspective on life and in the creative work you (want to) do. The message to everyone : the world is a much more colourful, exciting and diverse place than mainstream culture suggests. [1]

[1] The film festival is embedded in a number of activities involving partners such as schools, universities, communal, cultural and similar institutions. In this context the festival team initiated a survey that looks into the financial situation of women film-makers.